I posted this Trip Report in 2011 on Time For Tuckerman Forums. The TR was lost by T4T a few years later, so I’ve reposted it in the Ski Trip Report archives.

The summit was in and out of the clouds, in the 50s. A 25 MPH SW wind made hiking in the fog interesting, cairn to cairn along the Gulfside Trail, from the 6000 parking lot, down along the Great Gulf headwall to the top of Airplane (~5400′), where the wind was completely blocked, as soon as you stepped down off the ridge. 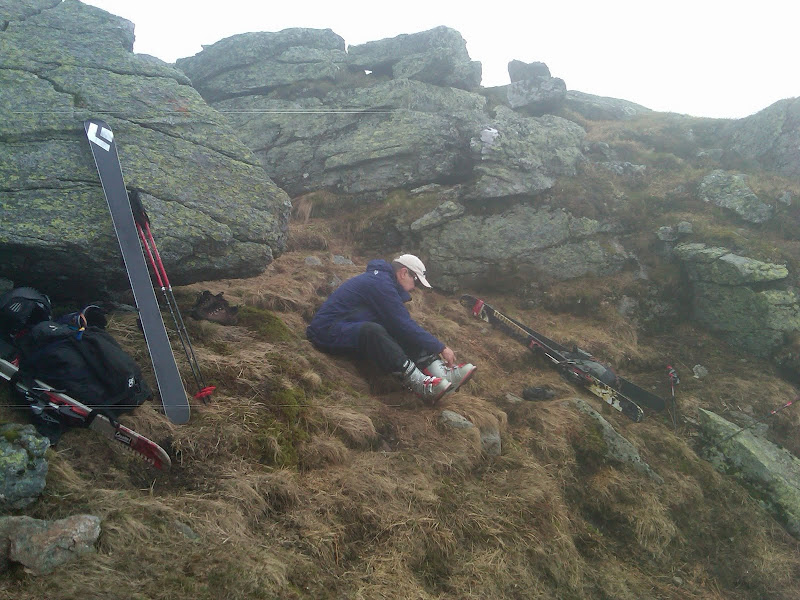 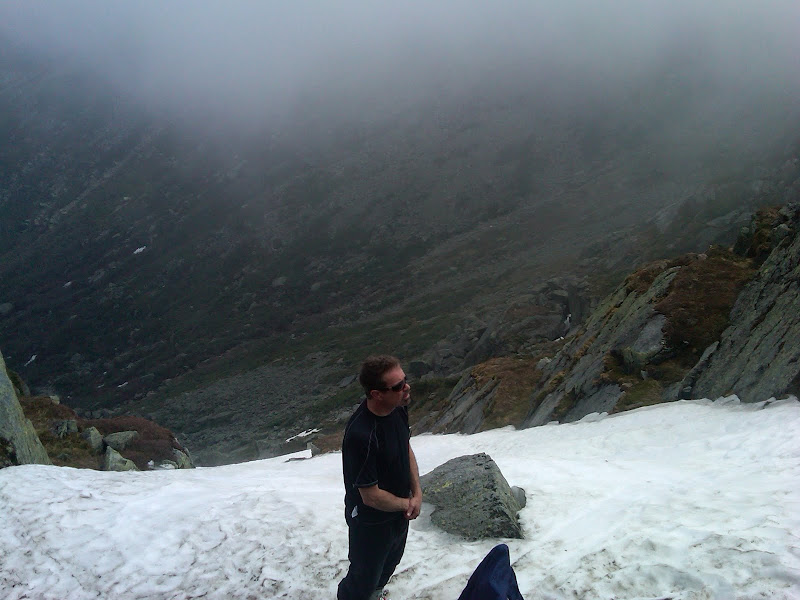 We later learned this trashed piece of airplane crash debris had been moved around the day before, from somewhere ‘up in the rocks’. It’s nice that it has been left there, and not been pilfered from the crash site as someone’s personal souvenir. When I first saw it, I was cleaning up trash (does someone still believe that orange and banana peels compost above treeline, or are food for ravens?), and thought someone had left a crumpled paper towel. It was about .040 thick aluminum, painted white on one side, with a few rivet holes. 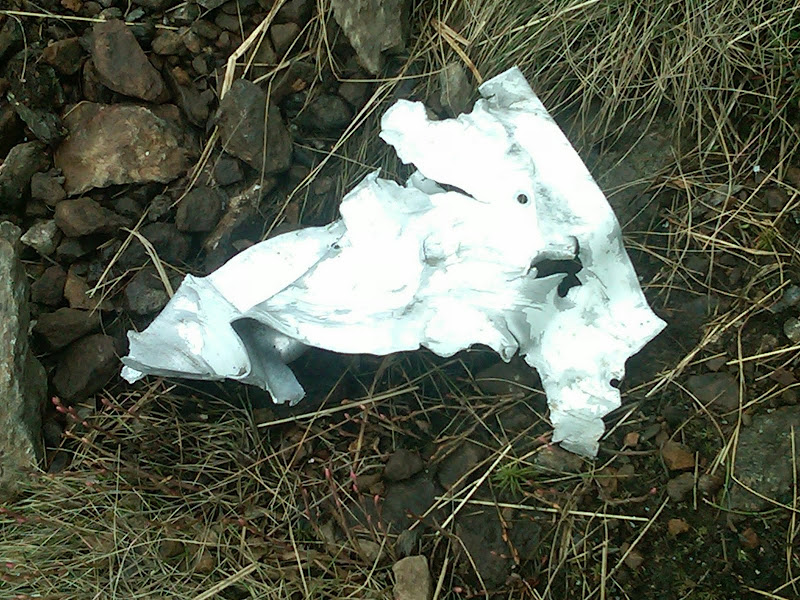 end of the line: 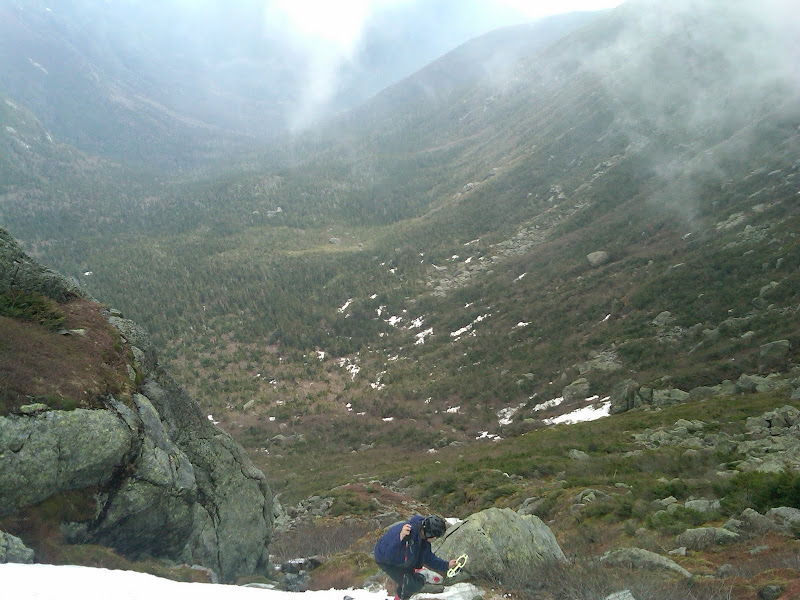 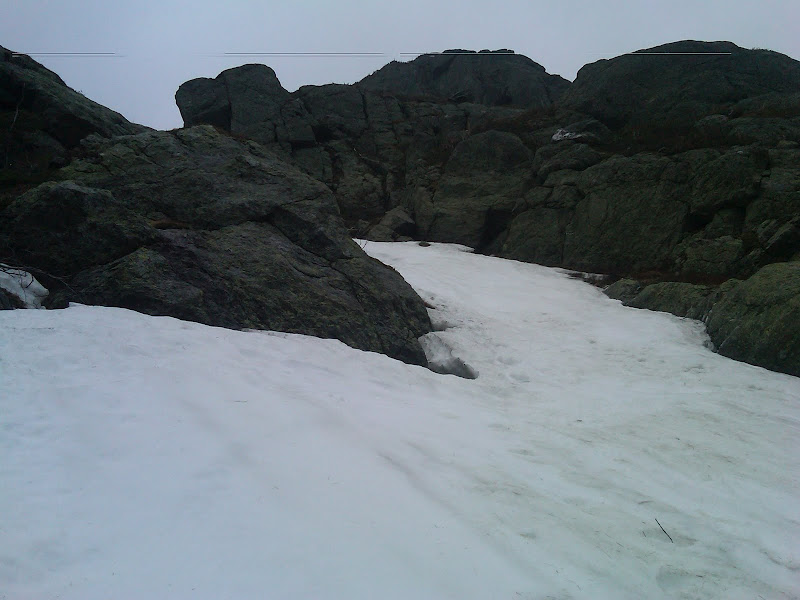 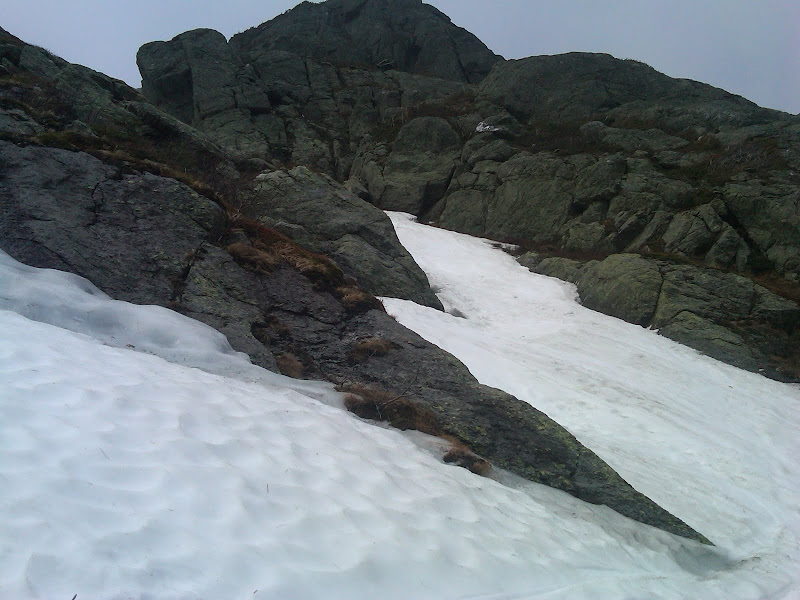 NOT airplane parts, at the end of the line: 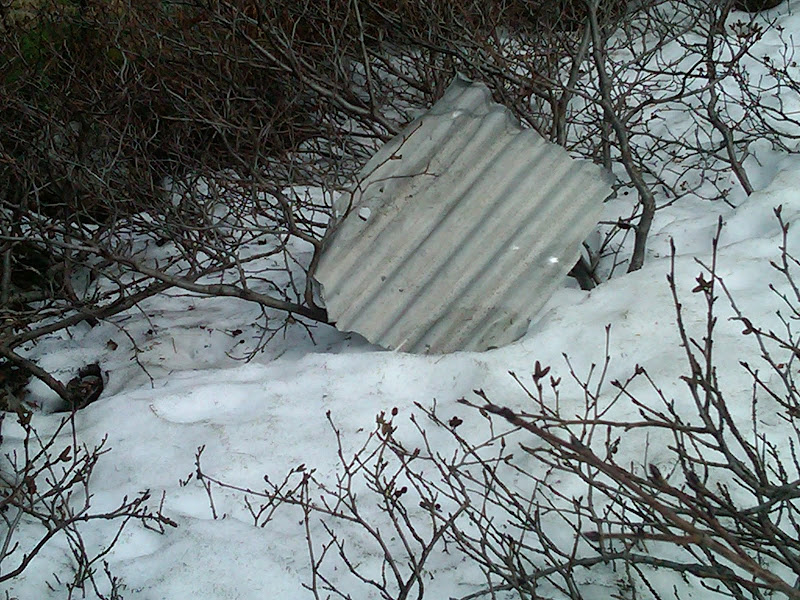 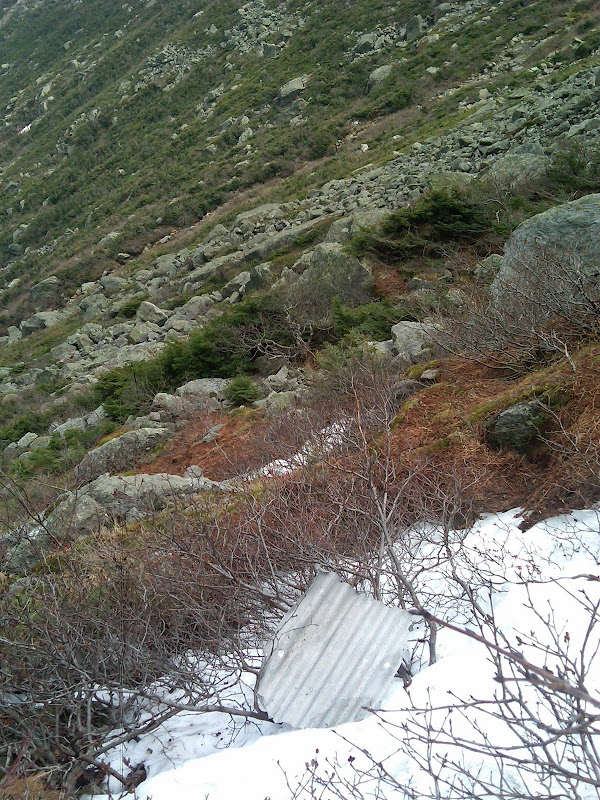 Looks like a 100+ foot downclimb, from the top 400+ foot long line, if you wanted to ski the lower ~200 foot long line; that had been connected only 3 days earlier; 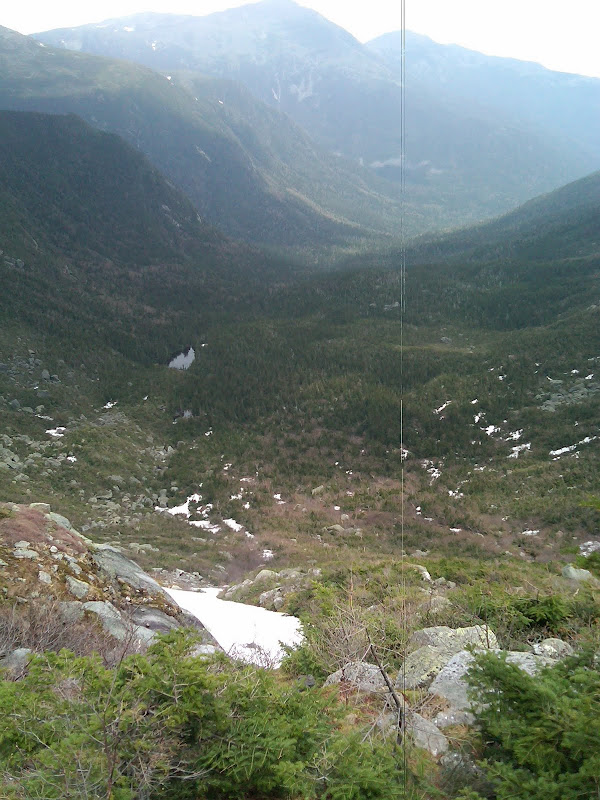 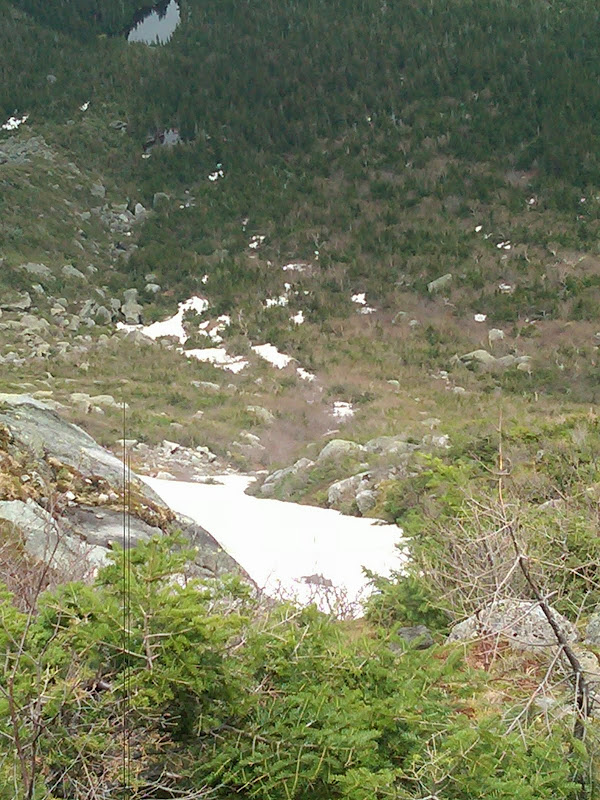 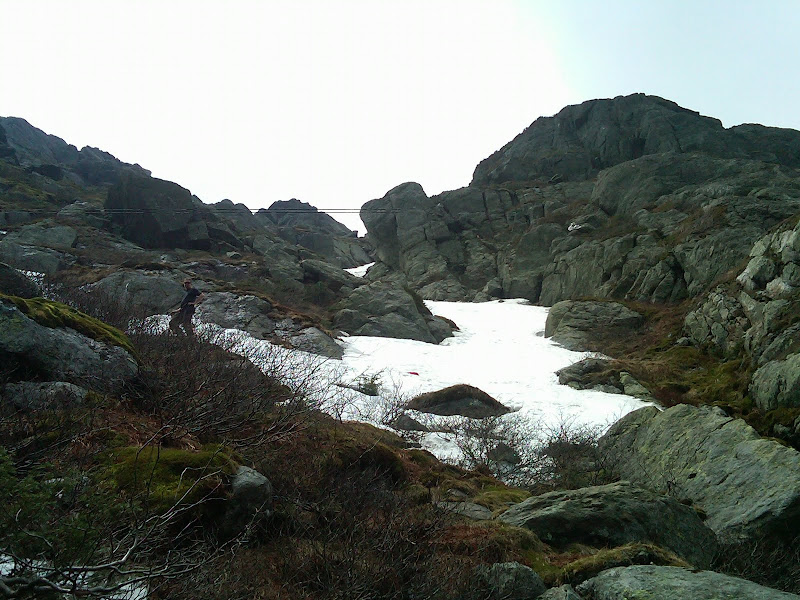 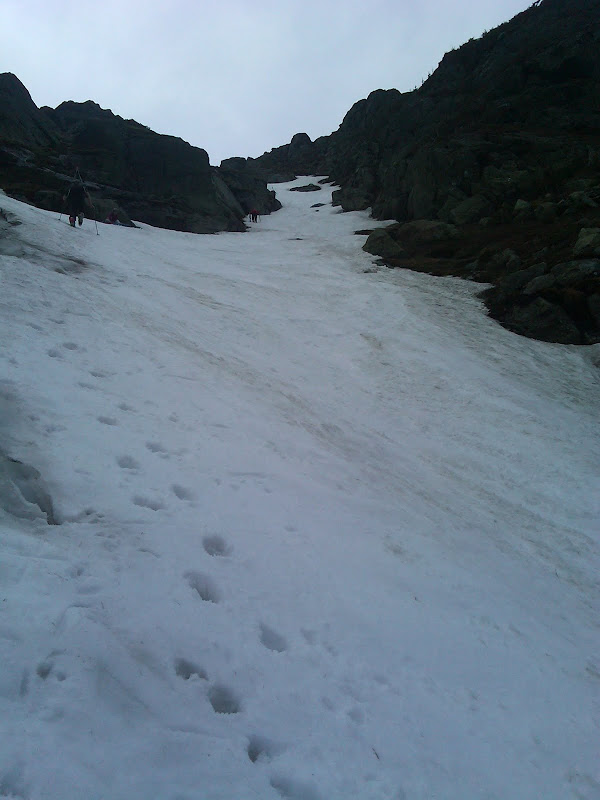 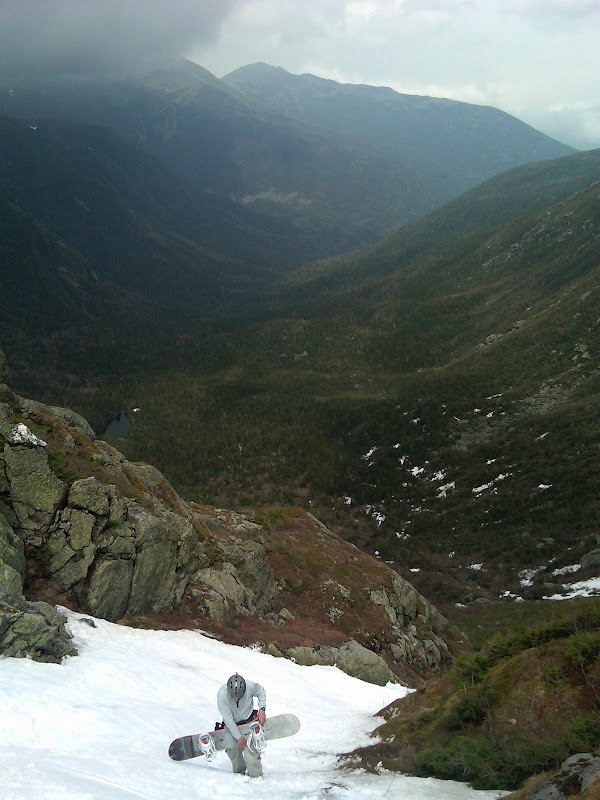